Please note that if you are under 18, you won't be able to access this site.

Are you 18 years old or above?

Cosmicstreamz: Finally front page on Cosmicstreamz , Authentically Me. How you doing brother?

Authentically Me.: I'm doing Alright! How about yourself?

Cosmicstreamz: Doing just great! Shout out black-owned businesses and the things that you're doing. How did Authentically Me. come to be?

Authentically Me.: Well, basically the catch phrase Authentically Me is something that I would just say randomly in my conversations with different people, so that's kind of like the start of it and it was kind of a joke thing to me because I would say it and I would always say it with a chuckle....you know? I would say... "I'm just being authentically me!"You know what I mean..?? That kind of thing. And then from there I got the idea. I was like man I said, that sounds pretty pretty dope. I'ma throw that on a T-shirt. Then I had to come up with a design. So I just sat there put a design together and went to the manufacturer and got it pressed just that simple... you know?

Cosmicstreamz: I mean true indeed. So what would you say that you learned? Like, from the process of you starting a clothing line and what people want to see from you as a person and Authentically me?

Authentically Me. : Authentically Me is very Universal. I think that it applies to anyone. It has no racial barriers or borders and like I said, it just applies to anyone anywhere at any time and the statement is just saying that a person is just basically genuinely themselves, you know? When people I know purchase the shirt or whatever the case is, they always tend to smile, you know what I mean? Because they can really identify with the statement itself. And for me that's even bigger than the monetary value. Authentically Me. is just a way for people to express themselves. However, they may be or wherever they may be. Take it or leave it. I am who I am, you know, I am that I am. I AM AUTHENTICALLY ME.

Cosmicstreamz: I see you! You got the store started and it's looking real good in here. So tell us where you are located?

Authentically Me.: Yeah, the stores are located at 2517 Lafayette Boulevard in Norfolk, Virginia, and it's right next door to the E&M Barber Lounge which you will see the sign on top of the building.

Cosmicstreamz: What do you see for Authentically Me. in the near future? Or just want people to know in general as far as the culture?

Authentically Me.: You know just like any person building a brand, the thing is to just go as large and as far spread as you possibly can or whatever the case. It brings joy to people! I don't really know how to describe it...you know?? I've seen so many people just smile. Once they put that shirt on, they just feel like :THIS IS IT!!" This says it all...you know?!?! So yeah, I'm really happy with that. I look forward to go far and wide. I look for the store to prosper and grow and and we are also offering other things here at AUTHENTICALLY ME. Books, health and more. You know what I mean? So I just want to keep it pushing, you know, keep it moving and keep growing and expanding... far and wide.

Cosmicstreamz: I definitely thank you for the interview definitely going to get this on the front page of Cosmicstreamz, first thing smoking that's a fact.

Authentically Me.: And I need some of those Cosmicstreamz hats...gotta throw that in the mix, you know, Cosmicstreamz is really dope! You know what I mean? I love this shirt. I love everything about it..its lettering and structure. Much success to you and Cosmicstreamz platform. I wish for Cosmicstreamz to go Global as well and just do great and incredible numbers. I like the whole concept of Cosmicstreamz it's really similar to Authentically Me. It's just as universal, you know the catch phrase that anyone can join in and link too.

Cosmicstreamz: Word. I appreciate that. Thank you again for the interview, nice.

MAKEUP IS MY MINISTRY

HOW TO GROW FROM 0 VIEWS and 0 FOLLOWERS

What Are Backlinks and How Do They Work_ (1) 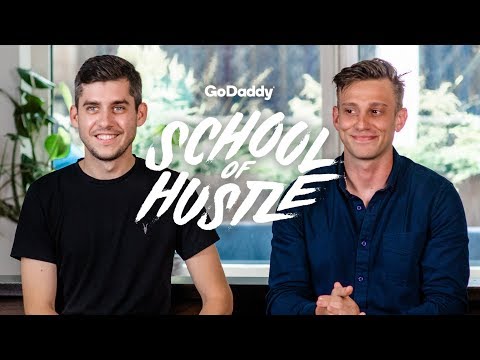